Across our network of recommended secure casinos, progressive jackpot pokies are amongst the most popular, highly in-demand games. Progressive jackpot slots are responsible for attracting a lot of punters to make the switch to online gambling, with some epic multi-million dollar wins up for grabs from the comfort of your own home or the convenience of your mobile device.

What are progressive jackpot pokies and how do they work?

Progressive jackpot pokies are games in which the major cash prize continually increases every time the game is played. There’s a base jackpot set within the game which continues to expand any time a real money bet is placed on that game at any casino within the progressive network. The jackpot continues to rise until it’s won and the game then re-sets to the base jackpot.

The beauty of progressive jackpot slots is the higher the jackpot climbs, the more players come flocking, which causes the jackpot to soar even higher. It’s a cycle that has created some of the biggest ever winners in online gambling history.

If you’ve come to an online casino hoping to cash in the big bucks, progressive jackpot pokies are your best bet. Even players with small bankrolls have been known to strike it rich on wagers of no more than a few dollars. With base jackpots that can start around the million dollar mark, wins have soared as high as some of these records:

And this is just a handful of selected winners! Progressive jackpots are triggered approximately every 12 to 14 weeks so with some base jackpots like Mega Moolah starting at a million dollars, there are plenty more life changing wins where these came from

As one of the biggest names in casino software, Microgaming has the biggest progressive network online and offers these PJ titles:

Mega Moolah – Mega Moolah is the most popular progressive jackpot online pokies game and is responsible for some astronomical wins over the years. The game is set within an African desert and features animated symbols of safari animals. It has ticked over $11 million multiple times in the last few years.

Mega Moolah Isis – Isis is the sister game of Mega Moolah and works in the exact same fashion, the only difference being that this game uses an Ancient Egyptian theme. 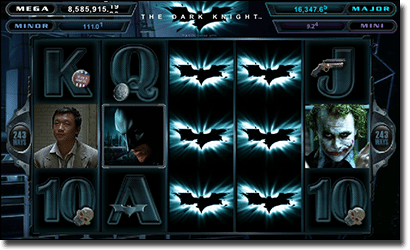 The Dark Knight – based on the Hollywood smash hit starring Christian Bale and the late Heath Ledger, this ominous Gotham City slot game not only offers a sweet progressive jackpot but features authentic graphics from The Dark Knight movie.

Cash Splash – Cash Splash comes in both three reel and five reel versions and tips its hat to the classic style slot machine. Given its simple nature and use of icon symbols like cherries, gold bars and lucky sevens, Cash Splash is a favourite amongst players who like their pokies with a side of nostalgia.

Net Entertainment has a reputation in the online gambling industry for producing some of the most innovative and visually incredible games, and their progressive jackpot games are up there with the best of them. 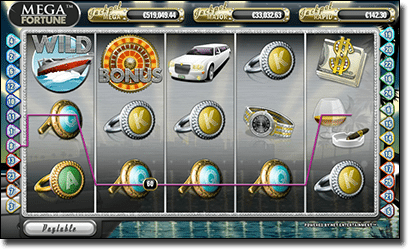 Mega Fortune – Mega Fortune is NetEnt’s most popular PJP and is also behind the world record win of a staggering €17.8 million. The game is themed around a lavish lifestyle of bling and riches, the very lifestyle you could have if you strike that lucky spin.

Super Lucky Frog – featuring whimsical symbols in a night time fairy tale garden, the graphics here are kind of outdated, but with good jackpots up for grabs it’s a nice choice for those who like their pokies a little of the adorable side.

Arabian Nights – Arabian Nights is a simple yet vibrant game set against a Middle Eastern backdrop. It’s big with punters due to some pretty sweet jackpot wins, including one of the biggest ever wins while playing on a mobile.

iSoftBet is a relatively new software developer on our radar, starting to make a name for themself due to a decent collection of progressive slot games. The jackpots aren’t as monumental as NetEnt or Microgaming, but there’s some fun games with nice wins up for grabs. 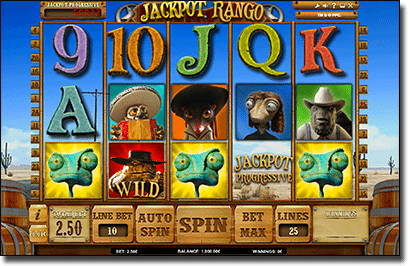 Rango – based on the animated film starring voices from huge celebs like Johnny Depp and Isla Fisher, iSoftBet’s Rango is a favourite for fans of the movie and for those who like their animation on the unique and quirky side.

Rambo – as tough as progressive pokies get, Rambo uses some pretty bad ass graphics and bonus features, just like you’d expect from one of the biggest action heroes of all time. Graphics are genuine to the movie, featuring Sylvester Stallone in all his glory, ready to dish out the big wins.

You can play all of the above progressive jackpot pokies games at SlotsMillion.com.