A major benefit to playing pokies online instead of in a land based casino is online pokies offer many more special bonus features, like MegaSpins, All-Ways wins and cascading wilds, to name just a few. This article will explain the types of bonus features you can expect to find when playing real money pokies on the Internet, along with the best bonuses available in some of our favourite video pokies.

When playing the pokies, money is won when symbols land on pre-determined winning combinations across active paylines. In online pokies, you’ll often find several added bonus features which give you a chance to win more money on top of these standard wins. These are some of the bonus features available in online pokies: 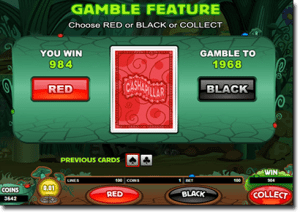 Gamble feature: the gamble feature is a classic pokies bonus found in real pokie machines as well as some online games. When landing a win, the gamble button will become highlighted, giving you the option to risk your win and double your money. If you choose to gamble, you’ll be taken to a new screen where you’ll typically be shown a face down card and a red and black button. Click the corresponding button to determine which colour you predict the card will be. If you guess correctly you win more money and are then given the option to gamble again, but if you lose you forfeit your win and resume the standard game.

Progressive jackpots – progressive jackpot games account for some of the most popular pokies you’ll find online. Progressives are games where the base jackpot increases anytime the same game is played for real money anywhere across the linked network. The progressive jackpot is typically won by triggering a special bonus feature within the game for your chance to score a potentially life changing win.

Free games/bonus round: some video pokies have built-in free games, where you’ll be redirected to an additional screen in order to participate in a fun bonus round. Bonus rounds can differ hugely between pokies, with some offering level-up style video games, and others offering guessing games, amongst other unique mini-games. On top of being potentially lucrative, bonus rounds offer an extra layer of excitement and player engagement.

Expanding/sticky/cascading wilds: wild symbols add a lot of winning potential to online pokies game, usually substituting any other symbol to form a winning combination. Some games offer expanding wilds, sticky wilds, or cascading wilds, which are wild symbols either held in place for multiple spins or expand to cover an entire reel. 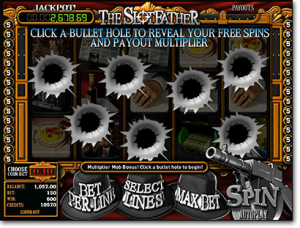 Free spins: free spins are a common bonus feature in both online and land based pokies. When triggering free spins, you’re awarded with a bonus round of real money spins, where you can win more money or trigger further free spins without any damage to your bankroll. Free spins are usually triggered by the appearance of the games scatter symbol.

Multipliers: multipliers can be found in many online pokies games, giving you the chance to double, triple or even quadruple your win. Triggered by the appearance of designated symbols, when activating a multiplier you’ll win the amount of the multiplier plus the standard win of your wager. For example, a winning bet of $10 which comes with a X2 multiplier will earn you a total win of $20.

243, 1024 and 3125 ways pokies – if a game is referred to a particular “ways” pokies, this means there are that many potential winning combinations within the game, so a 243 ways game means there are 243 ways you can win.

Note not all these bonus features are offered in every online pokies game, with some offering several bonuses and others offering none. Thankfully, pokies at our recommended casinos can be sampled for free in demo mode so you can play as many as you like to explore the different bonus features available.

Here’s just a small sample of some of the best real money bonus features you’ll find in pokies offered at our top-rated casinos: 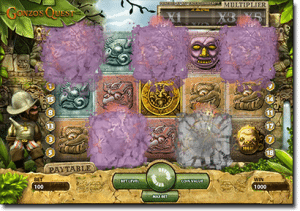 Cascading wins in Gonzo’s Quest – in this well loved NetEnt pokies game, an avalanche feature is used to allow cascading wins. This means every time a winning spin is placed, the winning symbols explode and disappear in order to make way for new symbols to fall down into place. For every continual cascading win you land, a multiplier will also increase by one level, moving your way up through X1, X2, X3 to X5.

Immortal Romance’s bonus game and free spins – not only is Microgaming’s Immortal Romance a 243-ways game, it also offers the Wild Desire bonus round which can largely add to your winning potential. Randomly triggered at any time during regular play, the Wild Desire feature transforms from one to five reels into expanding wilds. If you manage to turn all five reels into wilds, you win the games jackpot – a cool 3,645,000 credits. In addition, Immortal Romance has four free spins bonuses within the Chamber of Spins, with free spins also coming with multipliers, re-triggers and extra wilds. 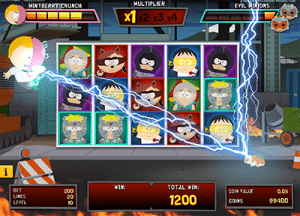 South Park Reel Chaos mini game – NetEnt’s South Park Reel Chaos pokies has a bonus round which feels more like playing an animated video game than a casino game. Triggered when three bonus symbols appear anywhere across reels one, two or three, the Mintberry Crush Epic Bonus Spins feature is as entertaining as it is rewarding. During these bonus spins, you’re bought to a new screen where the Mintberry Crunch superhero character fights such villains as the Evil Minions, General Disarray and Professor Chaos. Winning spins give added strength to Mintberry Crunch, while losing spins give strength to his enemies, with the bonus round continuing until one of the characters is defeated. If Mintberry Crunch wins, you’ll earn a sweet Victory Bonus.

Game of Thrones free spins – if the Iron Throne symbol appears three or more times anywhere across the reels, a real video from the popular HBO series will commence before triggering an exciting free spins bonus where free spins also come with multipliers. Choose between the houses of Baratheon, Lannister, Stark and Targaryen, each which brings a different number of free spins matched with a designated multiplier. 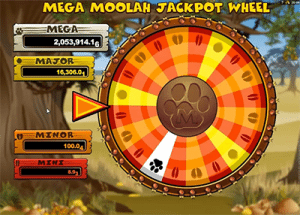 Mega Moolah’s progressive jackpot wheel – Microgaming’s Mega Moolah is one of the most popular online pokies thanks to the fact it has created many instant multi-millionaires. To win one of the four progressive jackpots (mini, minor, major and mega) the maximum bet must be in place and you’ll then be redirected to the jackpot wheel which you get to spin in hopes of landing on one of the life changing jackpots. To give you an idea of just how epic these jackpots can be, the mega jackpot starts at a minimum of one million dollars and increases by the minute until it’s won.

Keen to try these games and see if you can activate the bonus features? You’ll find each of these pokies plus hundreds more available for real money bets or practice play at Slots Million.
Share On Facebook Share On Twitter