Just as blackjack is called 21, slots are called pokies. There are a number of different names for the electronic machines which grace the floor of many land-based casinos, as well as light up computer screens all around the world.

What term a casino coins ultimately depends on what country you’re playing from, but since the world of online gaming establishments blurs geographical borders, it’s a good idea to learn multiple terms to avoid confusion.

The different names of slot machines

The slot machine, or slots, are the general terms which many players around the world use. However, slots is probably the most popular term in America, and although players in the US can’t as easily access online casinos, some Internet gaming establishments have embraced the terminology, using the name to categorise their slot machines. However, there are plenty of different terms at both online and land-based casinos. 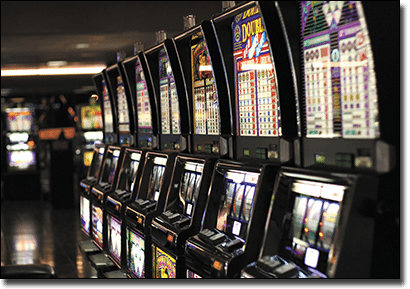 Pokies and poker machines: As with many words in the English-American dictionary, Australians have a differing term for the slot machine. Aussies tend to refer to the slot machine as pokies or sometimes even poker machines, which can be a bit confusing for those after video poker (the electronic card game). Generally, if an online casino has ‘video poker’ and it’s the card game, it will clarify and also offer ‘video pokies’, or even just call them ‘video slots’. But we like to think this is why the term pokies was coined – too many people were getting confused when video poker popped up.

Fruit machines and AWPs: UK players tend to call slots or the pokies, fruit machines, which is thought to have originated because the standard slots generally used fruit symbols. However, upon further research we discovered the term was coined because players would win gum when a specific set of fruit symbols would appear, which was all created by Bell-Fruit Gum. This explains why they can also be called Amusements With Prizes (AWPs). These are still referred to as fruit machines or AWPs and can be found at various pubs and clubs, but players can win money now instead of gum. You will be able to find them online, with some Internet casinos referring to them as ‘classics’, while others stick to calling them ‘fruit machines’, or even ‘AWPs’, depending on where you’re playing.

While land-based casinos generally use the term which is preferred in the destination the venue resides in, online casinos are a little bit different due to the sites attracting many international players.

Since it’s illegal for Aussies to play at Australian-based online casinos, you would think it would be rare for Aussies to find slots being called pokies online. However, since a lot of reputable online casinos, such as the many we recommend, generally accept Aussies more so than US players, it seems that they have adopted the term ‘Pokies’ to categorise their gaming machines. Additionally, while many UK players may call gaming machines fruit machines, even if they aren’t the classic fruit machines anymore, they will only be able to find gaming machines titled as so online if they are after the traditional fruit machines, which can sometimes be categorised instead as ‘Classics’, as mentioned above.

While progressives are still slots, pokies, poker machines, or whatever you want to call them, they are a different type of gaming machine, just like 3D slots is another genre of pokies. Progressives are generally in the same format as your standard pokies, such as a 5-reels, 25 payline design, though these can vary, and every time a player spins the reels using real money they are contributing to the total prize pool. This prize pool will accumulate until someone hits it, and some of the most popular progressives have made many players millionaires. The terminology for these remains the same, regardless of a player’s location.