Looking for a venue to play the pokies in Western Australia? Unless you’re located near Perth, you’re fresh out of luck, as the state’s casino is the only place licensed to offer electronic gaming machines. We discuss the laws surrounding the pokies in WA and take a look at what Crown Casino Perth has to offer before explaining the real money online alternatives available for WA residents. 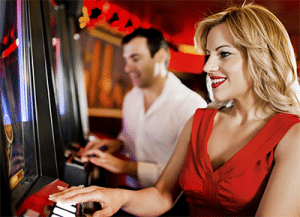 Crown Perth in Burswood is part of Crown Limited, the James Packer run entertainment conglomerate that’s also behind Australia’s biggest casino, Crown Melbourne. Crown Perth holds a monopoly on gambling in Western Australia, and is the only place in the state where you’ll find electronic gaming machines. The casino makes up for the lack of pokies around the state by offering over 2,000 electronic gaming machines, including video poker, keno, and other mechanical games involving dice and dominoes.

Crown Perth is open 24 hours a day, seven days a week, except on Christmas Day, Good Friday and ANZAC Day where it runs on restricted hours. It also offers a range of table games, including blackjack, poker, baccarat, sic bo and roulette.

Along with 24 hour access to the pokies, Crown Perth offers the following facilities:

Crown Perth is located on the Great Eastern Highway in Burswood, Western Australia. For queries or information about the casino you can call toll-free 1800 556 688.

The pokies and all facets of legislation related to gambling in WA are regulated by the government-run Department of Racing, Gaming and Liquor. The department runs under the following laws:

Under Western Australia law, maximum bets on the pokies are capped at $225, which is the highest pokies bet limit in Australia. There is no limit on how much a player can win on the pokies at any one time.

All electronic gaming machines in Western Australia must pay back 90% of the money spent on it each year. This is what’s known as the return to player, or RTP, and is one of the highest RTP’s in the countru. 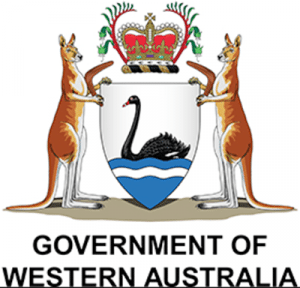 Western Australia is the only state in the country that doesn’t allow pokies to operate at pubs and clubs, which makes games inaccessible for many residents of this expansive state. If you’re not located within close proximity to Crown Perth but want to try your luck on the pokies, you can consider playing at a reputable online casino instead. Some of the most popular online casinos include:

Slots Million – If you’re looking for the biggest range of online pokies, you’ve come to the right place. Slots Million offers over 1,400 real money pokies games, with new titles added every single week. Here you’ll find slot games from all the biggest names in pokies software, as well as many of the smaller, more boutique gaming studios.

All Slots Casino – All Slots is powered exclusively by Microgaming, one of the longest running and most trusted names in online pokies. You have the choice of playing directly over your Web browser, or by downloading the premium All Slots casino software. Get instant access to some of the most popular online pokies titles, including life-changing progressive jackpot games like Mega Moolah and Major Millions.

Rizk – Rizk is one of the most vibrant casinos on the Internet, with a tagline of “real rewards, no bullshit” that gets the attention of Aussie players. The casino uses a Netflix-inspired layout, allowing you to search through pokies via such game themes as Hollywood, Horror, Action & Adventure, Classic Slots, 3D Slots and more.

The casinos mentioned above also have pokies available for mobile play. Simply tap our links using your smartphone or tablet to play real money games from any data-enabled device from anywhere you can secure an Internet connection.

Deposits are accepted using Australian currency via such trusted payment methods as Visa, MasterCard, Neteller, Skrill, Paysafecard, and direct bank transfer. Players who sign up for an account using our links will be eligible for some fabulous welcome bonuses, including matched deposits and free spins, so save yourself a trip to Perth’s Crown Casino and give online play a try instead.

Looking for a safe, reliable pokies sites that caters to Western Australian players? Sign up at Slots Million where new players can claim up to $100 in bonus money and get 100 free spins to use on some of the most popular pokies on the Web.
Share On Facebook Share On Twitter