Pubs, clubs, and pokies lounges can be found all over South Australia, not just in the metropolitan Adelaide area but also in many regional towns. It’s not unlikely a country town with only one pub in the quiet main street will offer a handful of pokie machines, so the chance to try your luck with a few dollars is never far out of reach. We provide a directory of some of the major pokies venues in South Australia, the gambling laws in SA and information about online pokies alternatives.

With hundreds of pokies venues around the state, here is just a sample of some of the bigger pubs and clubs offering the pokies around the Adelaide CBD and surrounding metropolitan area: 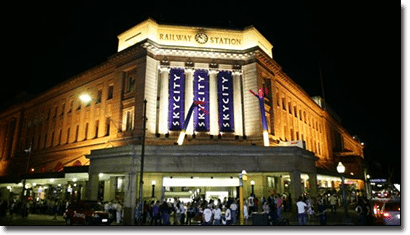 The Palais – The Esplanade, Semaphore 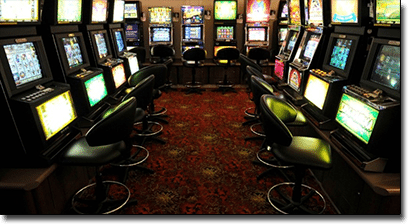 The operation and distribution of pokie machines in South Australia is governed by the Gaming Machine Regulations Act of 2005, an Act which remains in hot debate in South Aussie politics. The major concern regarding the operation of pokie machines is problem gambling, and as such any land-based venues offering the pokies must have systems in place which support responsible gambling practises and provide support to those looking for help.

Despite 3,000 pokie machines being removed from circulation in South Australia a few years back, there are currently 13,000 pokies to be found around the state, with around 1,000 of these machines located within the Adelaide Casino. The pokies will always be a subject of debate in South Australia, but unless any laws change it remains 100% legal to play the pokies, provided you are over 18 years of age.

What about mobile or online pokies?

Thanks to the expansion of online gaming, South Aussies no longer need to venture out to the Adelaide Casino or the local pub or RSL to try their luck on the pokies. You can now play the pokies online for real money bets, with hundreds of game titles, themes and formats to choose from by leading software developers like Microgaming, Net Entertainment, BetSoft, iSoftBet, Play’n Go, Thunderkick, QuickSpin and more.

Online pokies can be accessed in instant-play mode or by downloading exclusive casino software or apps for desktop and mobile play. The top licensed casinos for Aussie players include those listed in our tables at the top of this page.

Sign up for an account with any of the safe casino sites to claim some incredible welcome bonuses, including free spins on selected popular pokies. You also have the option to try online pokies for free in demo mode before laying down any real money wagers. Give online play a go and see how these virtual casinos compare to a night out playing pokies in Adelaide.

Pokies venues in other Australian states