If you aren’t following 32Red Casino’s Twitter handle yet, now is the time to do so as the online casino’s social media account regularly hosts exclusive promotions.

All you have to do to participate in the latest ‘Moment of Wow’ promotion is tweet to 32Red regarding an amazing moment in your life where you have been wowed, as well as the hashtag #wowme32Red. If you experienced it with another person, be sure to tag them too.

You have up until November 20 to enter, and the most original entry will win – so get your thinking caps on. Winners will receive a mystery gift, sent to their registered address – so be sure to update your details correctly.

Once you have entered this head on over to 32Red Casino and play their variety of Microgaming powered slots. If you haven’t signed up already, you get $10 free just for opening account. 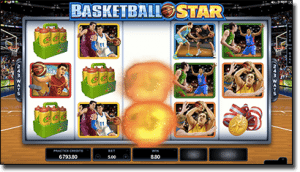 Basketball Star: The latest addition to 32 Red was released at the start of November. Based on the NBA, it comes after the software provider has already released two similar slots – Rugby Star and Cricket Star – both also available at 32Red. Sticking to the 243 ways to win format, along with up to 25 free spins, and mini re-spins on every win, this slot is basically the same but with a different theme – though it does include a Wild shot feature that sees two reels turned Wild. 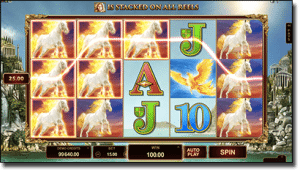 Titans of the Sun Hyperion and Theia: At the start of October, Microgaming released two slots – Titans of the Sun Hyperion and Titans of the Sun Theia. Both feature the same format with 15 paylines across 5 reels, and both include the Mystery Symbols feature where symbols can change into other symbols to complete a winning combination. While they both feature up to 15 free spins, the Theia version offers a multiplier of 2x but no re-triggers during the feature, while Hyperion offers re-triggers but no multipliers. Additionally, Hyperion has a bigger jackpot on offer and payouts are higher than Theia. 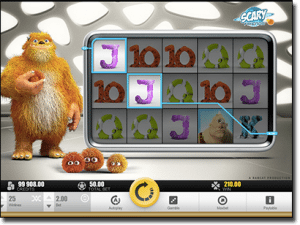 Scary Friends: Microgaming teamed up with Rabcat yet again and brought this slot to 32 Red at the end up September. Based on a group of cute monsters, including a big fluffy orange one, as well as a bunch of jumping balls of hair, it reminds us a lot of Monsters Inc, with each character crafted brilliantly thanks to Rabcat’s 3D graphics on the Quickfire platform. There are up to 14 free spins available and 40,000 coins on offer just by spinning five Wild symbols.

Visit Guts.com this week and you can win a chance to watch the New York Knicks and New Jersey Mets courtside with tickets to New York City.