Many fans of film, television series, and comics purchase merchandise to satisfy their obsession with the characters. But did you know that players can also satisfy their popular culture enthusiasm by playing pokies based on their favourite show, movie or book? We look at some of the best licensed pokies and why these slots are so fun to play.

The best part about playing licensed pokies is you are getting a dose of your beloved actors, actresses, superheroes or villains while having the chance to win real money. This is why they can be much more fun to play than original themed pokies.

Licensed pokies are video poker machines which have been based on a film, TV series, comic books or other form of media. This has been made possible by the software provider teaming up with the producer of the media in question.

The provider receives the rights use to use images, or create their own with the approval of the media organisation. For example, Playtech has teamed up with Marvel comics to create pokies featuring cartoon superheroes. Some offer images of actors and actresses from film but this is due to the partnership between not only Marvel but HBO, too. Ultimately it comes down to what rights the pokie and its developer has been granted.

The graphics in licensed pokies are more familiar and gameplay tends to be more immersive – which is why we love these types of video poker machines.

Universal Studios, Paramount Pictures, Marvel, DC Comics and South Park Studios are just some of the big media corporations which software providers manage to team up with to create brilliant licensed pokies. Only the best pokies providers, which are all found at the online casinos in the table at the top of the article, receive the rights and we take a look at them below.

Playtech kicked off their huge list of licensed pokies in 2008, starting with Gladiator – a result of an agreement between the provider and Paramount Studios. Not long after came the agreement with Marvel and regular releases based on the comics, and sometimes films too, began to occur – most of which feature progressive jackpots. 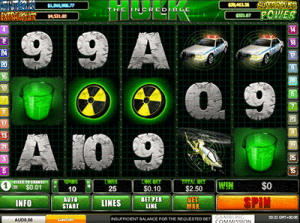 Microgaming has teamed up with Universal Studios not just once but many of times to create popular pokies based on classic films. The provider also offers a range of pokies based on TV shows and comics. 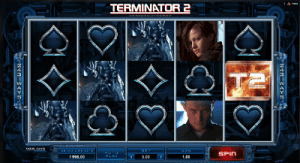 NetEnt don’t have as many licensed titles as the aforementioned providers, but the one’s they do are quite spectacular. Frankenstein was their first licensed pokie thanks to a licensing agreement with Universal Studios, which has been made time and time again to produce further licensed video pokies.

However, 2016 saw the release of the NetEnt Rocks Trilogy which has taken licensed pokies down another avenue. This has been made possible with the likes of Guns N’ Roses the band, Experience Hendrix LLC and Motorhead Global Merchandising Services. 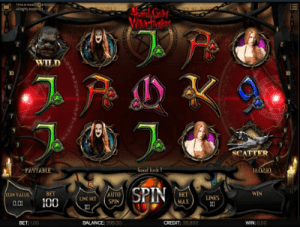 iSoftBet isn’t as well known as some of the software providers listed here, but they do have a huge range of licensed pokies based on film, TV and even books. 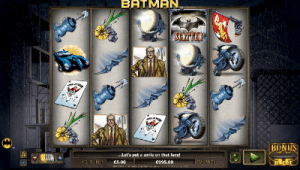 There’s no better way to rival a series of licensed pokies than getting the comic book rival on board. NextGen have teamed up with DC Comics – Marvels biggest rival – to create licensed pokies on their array of comics. The software provider also offers TV shows and movie themed pokies.

Do licensed pokies lack bonus features due to the images used?

No, this is quite the opposite in fact. Just because the software provider has the rights to use actor’s images or create a superhero or villain pokie, it doesn’t mean they’ve slacked off in the features department.

In order to do the themes justice, providers generally go beyond just adding a Free Spins feature and a Wild – instead including multilevel bonus rounds, unique Wilds, second screen bonuses and more. This makes gameplay even more exciting.